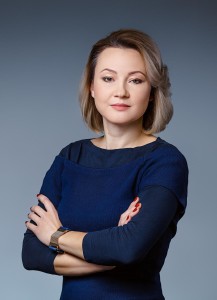 More than 15 years in the media business.

Since 2014, Yuliia has been working in StarLightMedia Group, as a Business Development Director, and from 2016 as a General Manager at StarLight Digital Sales.

Since 2019 Yuliia Trybushna is a head of the StarLight Digital and PayTV.