Conference “Television as Business-2011” was took place in Kyiv on Thursday, September 15, 2011. It was held during a unique range of events in TV, film and other media KIEV MEDIA WEEK. The conference organizer is Television Industry Committee (TIC)

Conference “Television as Business” is an annual meeting of TV industry about money, people, technologies and content. It’s a unique opportunity to look at the future of Ukrainian television.

The total amount of participants in 2011 was more than 200 people. There were representatives from more than 100 companies in 15 countries: Ukraine, Russia, Poland, Kazakhstan, Latvia, Lithuania, Moldova, United Kingdom, France, Germany, Italy, Belgium, the Netherlands, the United States and Canada.

Krzysztof Zanussi, famous Polish filmmaker, was a keynote speaker at the conference. He made a highly motivational speech for representatives of Ukrainian television industry

After Mr Zanussi speech the heads of the largest media companies and TV productions, Olexandr Bohutskyy  and Vlad Riashyn were discussing the topic “Television as business from the points of view of Top-managers». 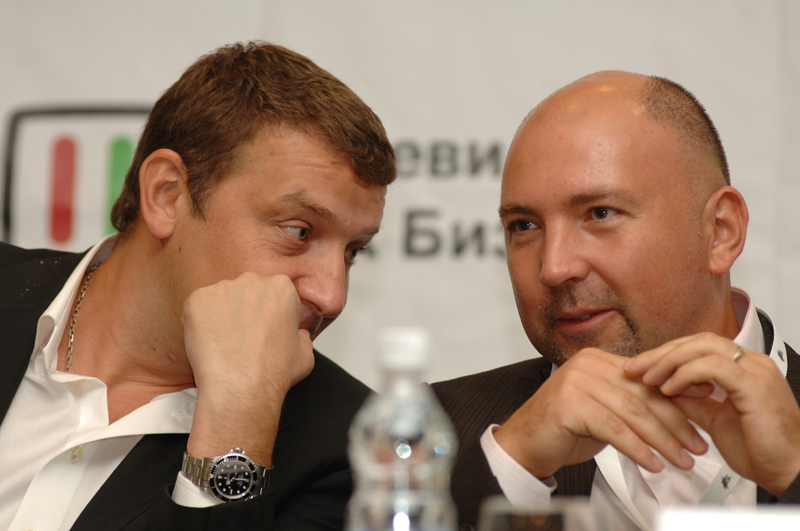 The topic “TV vs Internet. Cooperation or rivalry?” was of high interest during the conference. It was discussed by representatives of Association of Commercial Television in Europe (Belgium), Microsoft (France), and GfK. Professional edition MediaBusiness was a partner of panel discussion “TV vs Internet.” Moderator of the discussion, Tetyana Kharchenko, was trying to resolve what’s happening now between television and Internet.

Maxym Lazebnik, Executive director of All-Ukrainian advertising coalition, a partner of another panel discussion, was presenting the results of research made altogether with Television Industry Committee.

You can see the photos from this year’s conference at the websiteor at Facebook page.

As usual, conference “Television as Business” will gather television industry in autumn 2012.