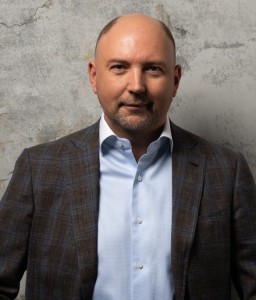 Position: President of StarLightMedia, Director of News Division, a board member of EastOne investment and consulting company

He was graduated from the Faculty of International Relations of the Lviv University with the PhD degree.

In 1991, he started his career in journalism as the editor of the first independent Ukrainian radio station “Radio Nezalezhnist” (Independence Radio). He worked in the press and on television.

Since 2000, he has been a Director-President of ICTV channel.

From November 2009 till March 2012, Olexandr Bohutskii worked as a Head of StarLightMedia Group.

In March 2012, he took the position of EastOne board member, where he  implements management strategies of business assets in the business portfolio.

In 2018 he became President of StarLightMedia and director of News Division.

Member of the Ukrainian Television Academy