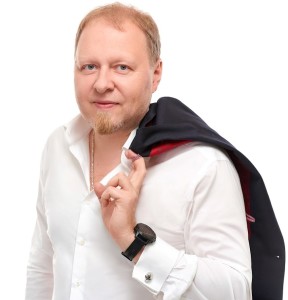 Andriy Partyka heads Ocean Media company, which is a key player in the TV advertising market and sells the resources of the most liquid TV channels – ICTV, New Channel, STB, M1, M2, OZE TV and others.

Prior to joining Ocean Media, Andriy Partyka worked for 18 years at the StarLightMedia media holding, where he became marketing director at ICTV in 2000.

Prior to joining television industry Andriy worked as the commercial director of the most replicated newspaper in Ukraine «Express» in 1997–2005 (Lviv). He also has experience in implementing projects as a film and music producer.

Over the years of work in the advertising business, Andriy Partyka gained a unique experience in introducing thousands of brands to the market, as well as successfully implementing anti-crisis projects.