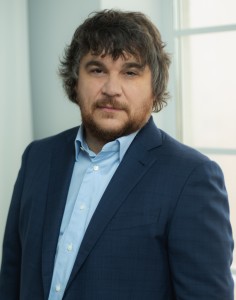 Valeriy Varenytsia has been working on the position of the Commercial Director at Sales House “Pluses” since October 2012.

In 1992, he graduated from the Journalism Faculty at the National University of Kyiv.

He started his career as the correspondent at “Delo” newspaper.

Valeriy is rightfully considered one of the pioneers of Ukrainian advertising market. In 1993, he opened one of the first advertising agencies in Kiyv, “Renome-Kompleks”. Then, he worked for three years for American educational program dealt with the introduction of the ​​privatization concept to the public; there he launched the “Hope Born by the Property” campaign. In 1995, on the basis of the educational program, the office of the Burson-Marstelle agency was opened in Ukraine, where Valeriy headed the Media Department.

In 1996, he returned to his own business, and in 2001 opened the agency Maximiz under the license from the holding WPP.  In 2007, the agency became part of the Mindshare network headed by Valeriy till his departure for 1+1 Media.

In 2016, he received the “Trace in Advertising” Distinction from the Effie Awards Ukraine.

In 2017, he founded the Pluses Partners Awards, the purpose of which is to distinguish advertising companies which together with 1 + 1 media, promote the advertising market and determine its future.

Member of the Supervisory Board of the All-Ukrainian Advertising Coalition (VRK), is responsible for the direction of “Advertising on Television”.